The 11 biggest irritations in traffic 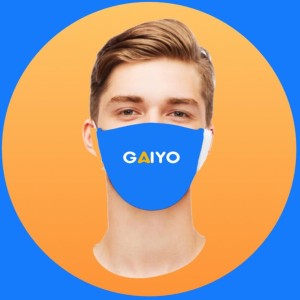 Nothing like cruising down the highway in your car. Music on, window open, just take it easy. That is, if you don’t have to deal with one of the many traffic hazards. Because then your driving pleasure can quickly be over. The 11 biggest irritations in traffic.

It is by far the greatest annoyance in traffic: tailgating. And rightly so, because a sticker like that in your wake is pretty dangerous. No less than 90% of all rear-end collisions are caused by people not keeping enough distance in traffic. The faster you drive, the more dangerous tailgating is. Newton’s law, you know? It takes longer to stop at high speeds. Plus, you have to factor in about a second of reaction time, which has quite an impact. At a speed of 50 km/h, you already travel an extra 14 meters before your vehicle brakes. Too much so, in sticky situations.

Driving on the left

Some people still don’t seem to realize that on the freeway you should only move into the left lane if you either want to overtake or are driving very fast. These are the people who lumber along in the left lane at 80 km/h, oblivious to the enormous tail of cars forming behind them. Tip for people with this kind of ‘Sunday travel pace’: avoid the highway and choose B-routes. Totally chill!

It is forbidden, it is dangerous and it is unnecessary: using a phone while driving. Yet it still happens incredibly often. You recognize traffic snatchers immediately when you drive behind them. They swerve from left to right across their lane and often take over parts of the emergency lane or the adjacent lanes. It is extremely dangerous, especially if you want or need to overtake such a car.

Those people with an extremely short fuse (or a moderately interesting love life), who think they have to channel their aggression into traffic. Tearing along at breakneck speed, pushing and sticking, flashing red lights and raising the classic finger: the aggressive driver causes the necessary commotion on the road. Unfortunately, the mindfulness course for road users is not yet included in the basic package.

Loud music with all windows open

Of course every road user gets to go wild on the new single by Frans Duits. Fan of death metal? Do your thing and sing along. But if you end up in a traffic jam: please keep the windows closed and choose a social volume, so that your fellow road users can still hear themselves think.

Stinky black soot from the exhaust

Do such motorists really not realise that they are poisoning half the A4 with their barrel? Or are they just too stingy to have their car checked? In any case, black soot clouds from an exhaust often indicate a problem with the combustion or injection. Contamination of the engine is often the cause. Do not continue to drive with it for too long, because it is annoying for fellow road users and makes the problems worse.

Tell yourself: the effort it takes to give your blinker a little push is negligible. It burns less than 1 kilocalorie of energy, at most. Yet some road users seem to find it too much trouble to let those around them know that they are about to move up a lane, take a corner or exit a road. With all the dangers that entails.

Situations where you have been indicating for quite some time that you want to get in between them and can already see the end of your merging lane approaching. And then one of those unsympathetic types approaches and finds it necessary to accelerate anyway, causing you problems. Pathetic.

not being able to pass a car

Another annoying one: you end up behind a truck driving exasperatingly slowly due to late passing. Of course you want to pass it, but the cars approaching from behind are always ahead of you. As a result, you sometimes have to stumble behind such a truck for minutes. Aaarrrgh!

Passing on the right

Of all European countries, the Dutch are champions at passing on the right. A dubious lead, because it is dangerous and therefore forbidden. Are you going too slow on the road to your left? Then get up a bit earlier so that you don’t have to rush on the road so much. Put on a nice podcast in your car, breathe in and out a few times and seize the day.

One app for all your transport