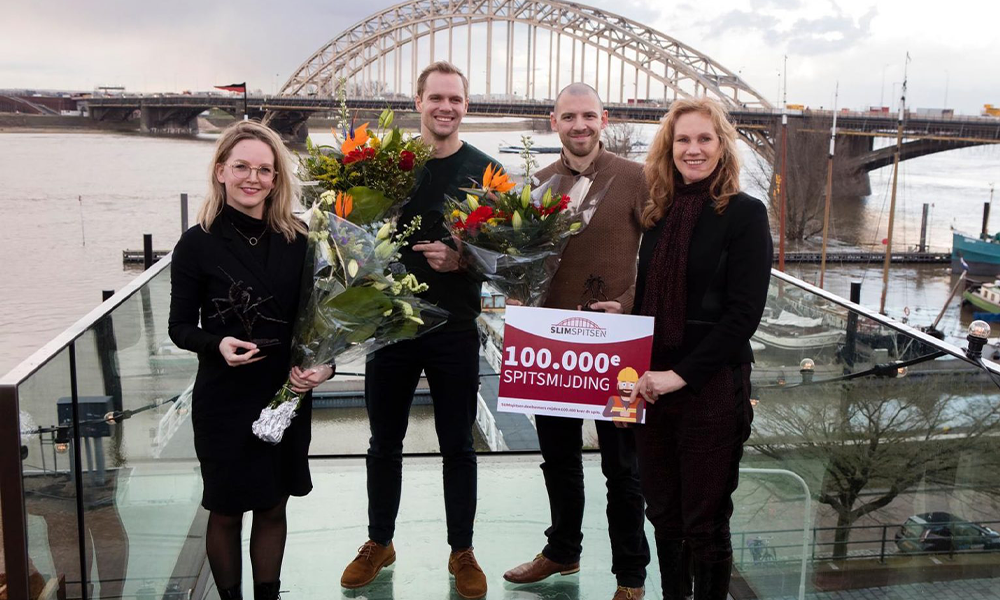 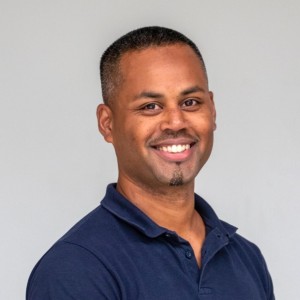 Since April 2019, 100,000 fewer cars have driven in the evening rush hour. The SLIMspitsen program, which aims to ensure that motorists avoid the Waal bridge in Nijmegen during rush hour, is a success. With this mobility project, the municipality of Nijmegen wants to reduce the number of cars at the busiest times. This is because of the limited availability of the Waalbrug due to the major renovation of the historic bridge. A total of 5022 people signed up for SLIMspitsen, thus contributing to a more accessible city.

In the project, participants can avoid rush hour by driving outside the evening rush hour, biking, traveling by public transit, working from home or taking a different route. Within the project, people avoided the rush hour.

Tuesday afternoon Alderman Harriët Tiemens put 3 SLIMspitsen participants in the limelight. With a beautiful view of the Waal bridge, the 3 participants were honored at De Bastei in Nijmegen. All participants within the project had a chance to win one of the 3 honorary titles. They were:

In the SLIMme sprint challenge, each participant could win if, within a 2-week period, they meed the Waal Bridge 4 times during evening rush hour.

Kas cycles daily from Westervoort to Nijmegen: “The SLIMspitsenproject motivates me to go to work in a different way. I participate fanatically in the competition. I also bought a new bike and I’m definitely not going to take the car anymore!”

Win a fantastic hot air balloon ride or one of the other great prizes. Participate and take a picture of your SLIMspits moment and share it (publicly) on your page of Facebook, Instagram or Twitter with #slimspitssen. Who knows, you might be one of the lucky winners. Even if you are not a participant of SLIMspitsen you can participate in this action. The action runs until March 22, 2020. Read more about the competition at nijmegen.slimspitsen.nl/winactie/.

The project is made possible in part by the Province of Gelderland. Would you like more information about SLIMspitsen? Then visit nijmegen.slimspitsen.nl.

One app for all your transport